Enhanced from the archives,... 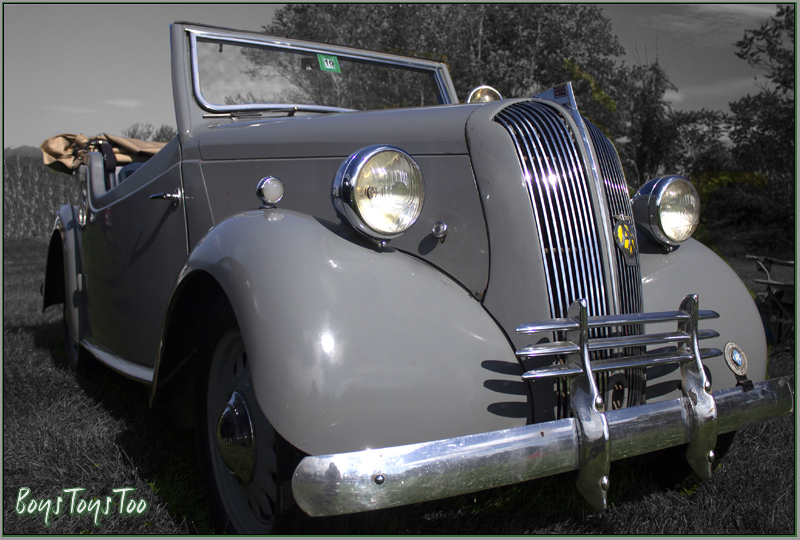 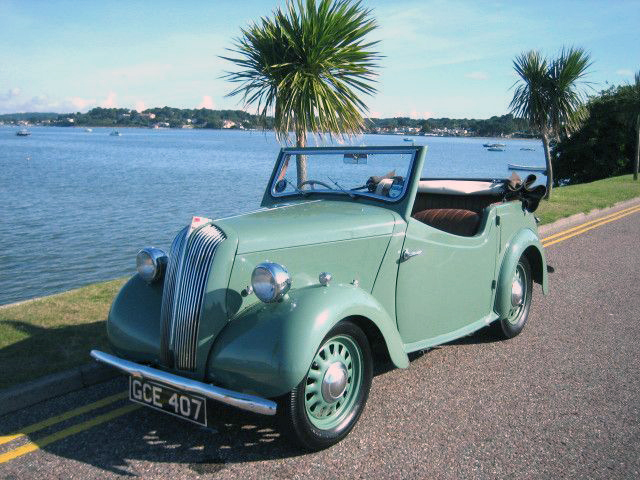 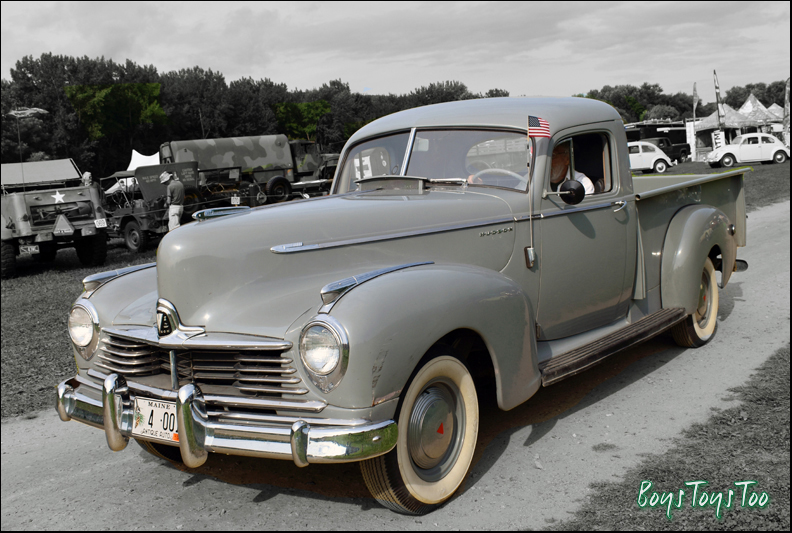 1946-1947 Hudson pickup Nothing much to say, other than earlier version firsts: - dual brakes - dashboard oil-pressure and generator warning lights - a balanced crankshaft, allowing the straight-six to work smoothly at a higher rotational speed 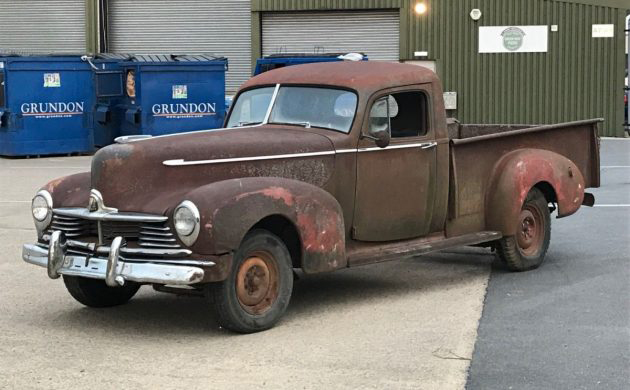 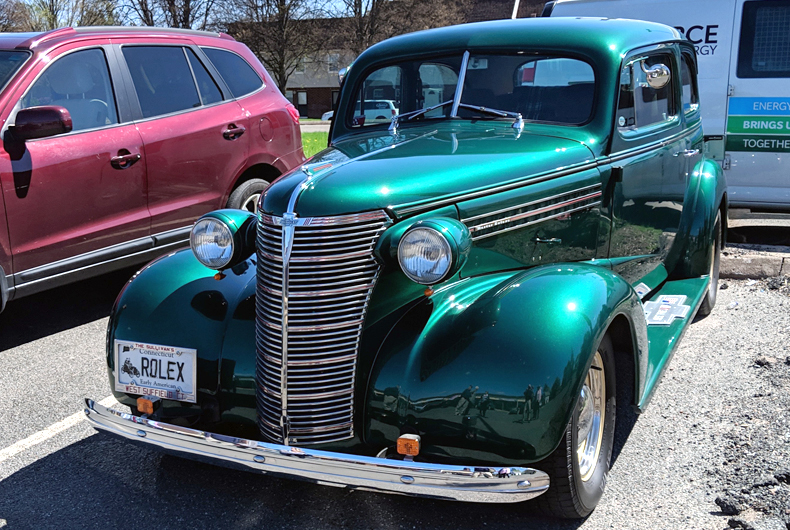 The Chevrolet Master Deluxe was manufactured between 1933 and 1942. There were 302,728 Master Deluxe sold in 1938. Note the shadow...no big deal; I just like it. I took this in Enfield, CT today at a coffee gathering I just happened to see. The owner did ALL the work. 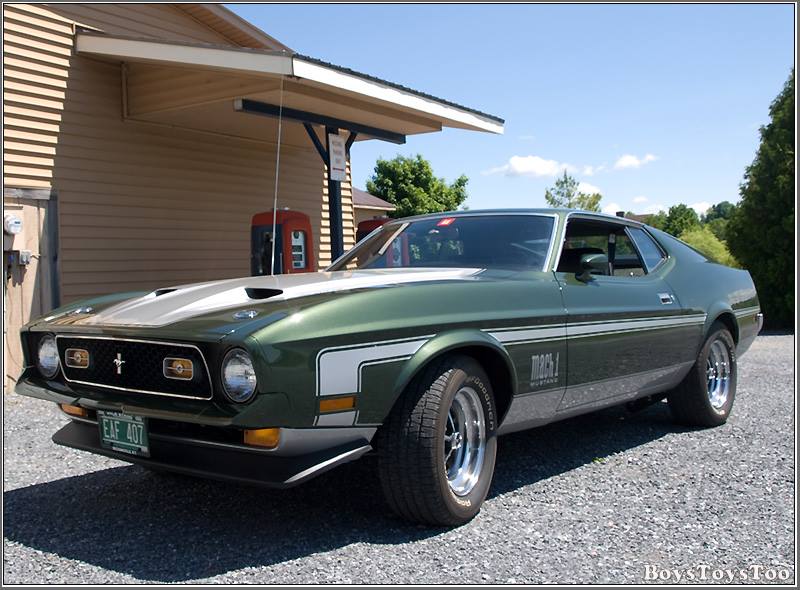 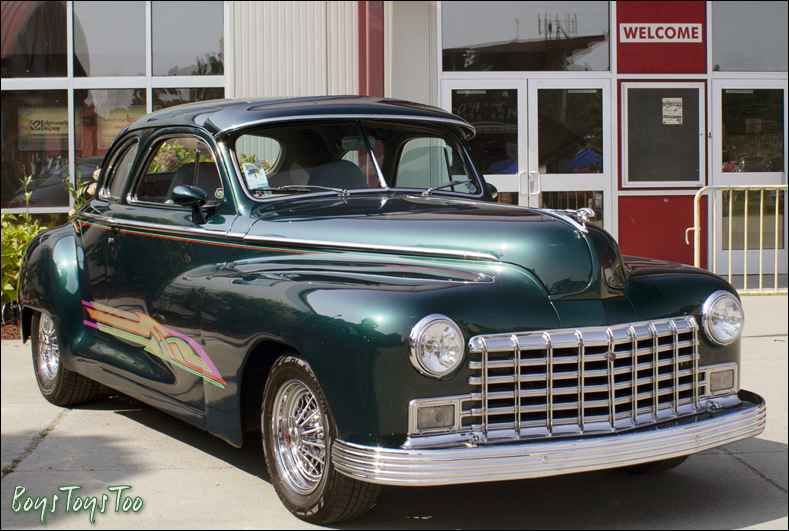 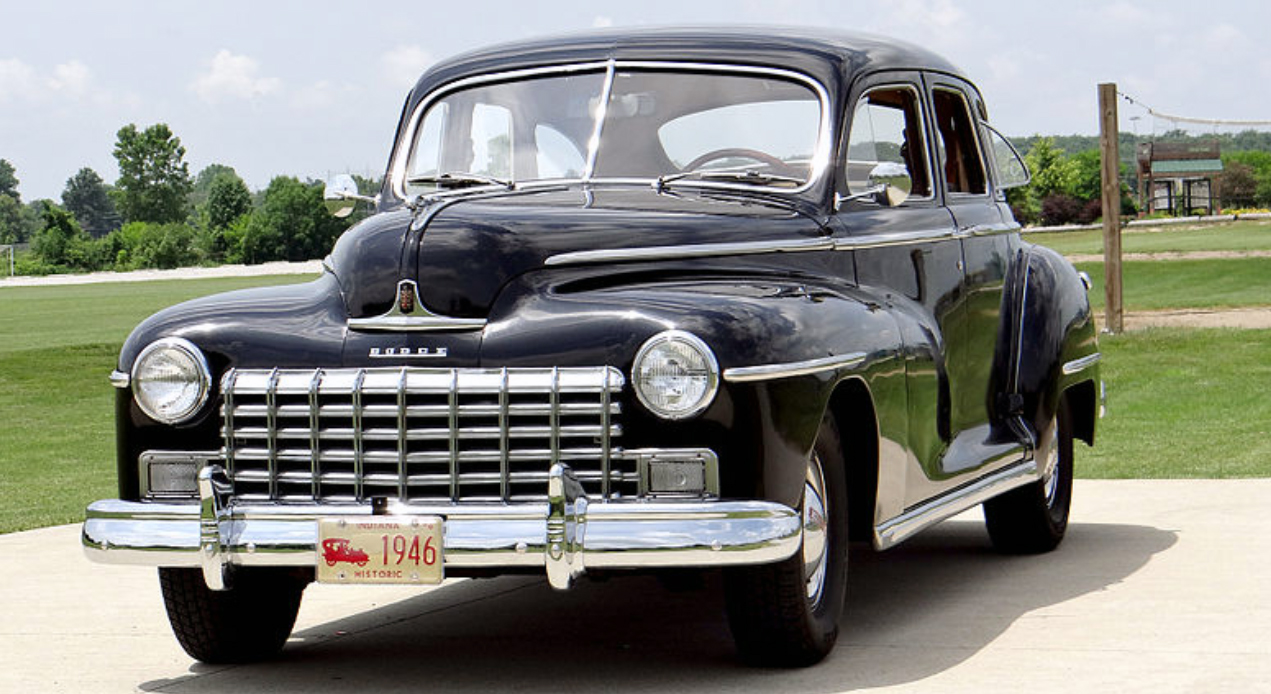 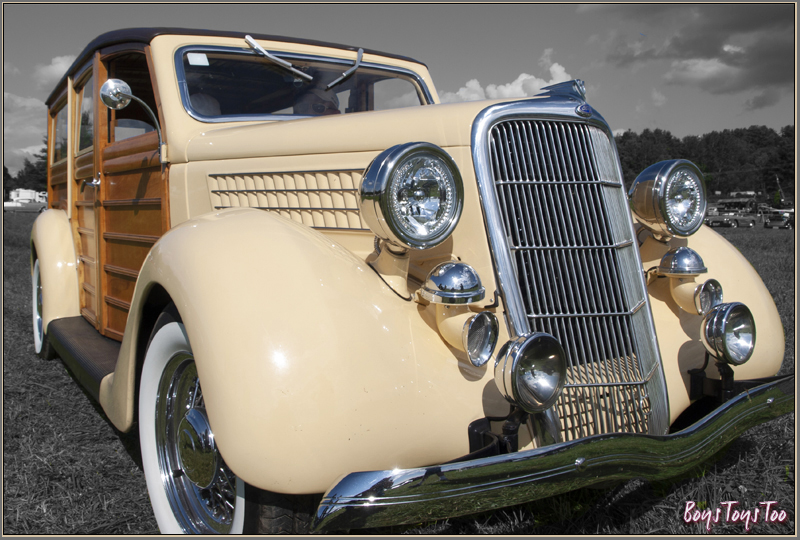 1935 Ford Model 48 woodie: Note the provision in the grille to hand crank the no longer offered 4-cylinder Model A engine. This is a V8 with electric start. No way to get the hand crank to the flywheel, but got to accommodate older technology, just in case. Two windshield wipers was an option. The wooden panels were manufactured from Ford owned lumber. 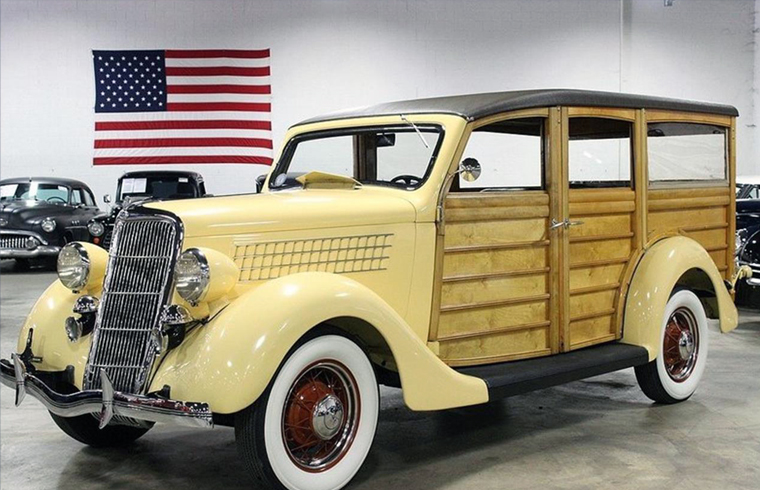 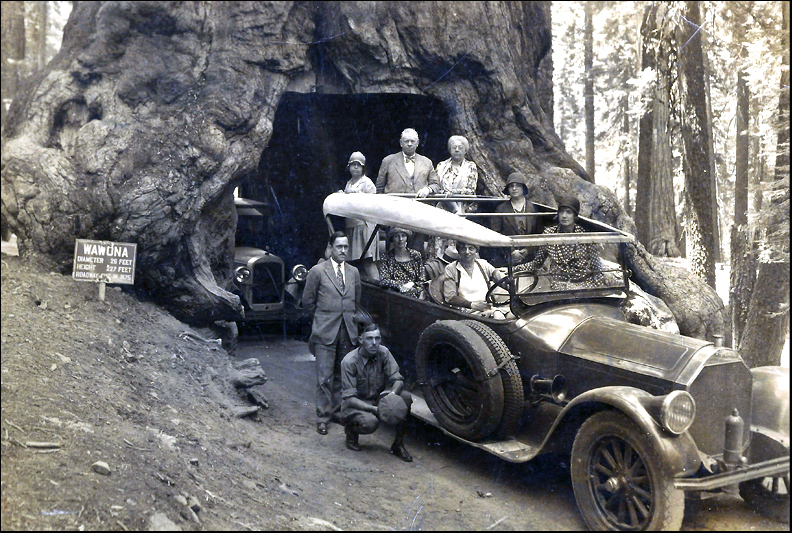 Betty McConnell sent this photo of her grandparents (grandfather standing), in a Pierce Arrow, at the Wawona Tree, Yosemite National Park. "Pierce-Arrow also persisted with right-hand drive until 1921 because it was safer to get out on the curb or ditch side, and for chauffeurs, it was easier for them to open the rear door for passengers."
Jay Leno Garage
Click on the image for enlargement. Thank you Betty. 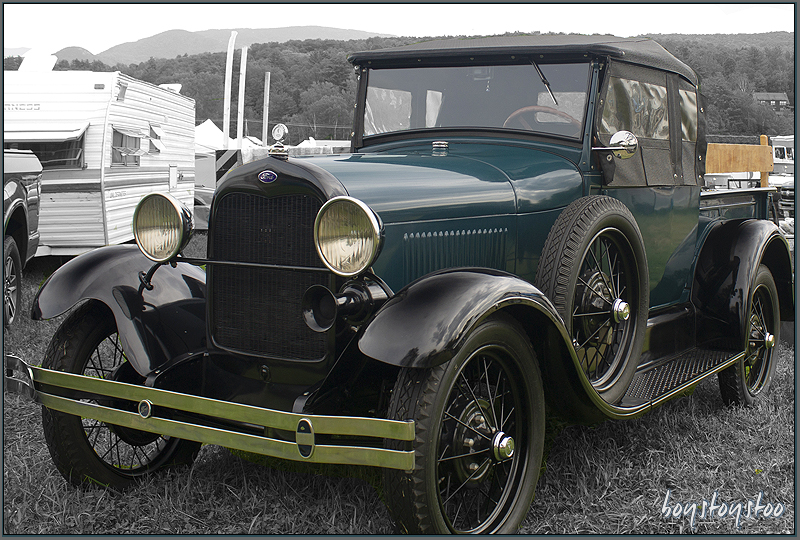 Ford Model AA truck c1926
"This could be an Ambulance, Hearse, or law enforcement vehicle. The siren is notable. My guess is the owner custom designed the side curtains to protect the occupants from inclement weather."
Nat Kennedy